price from € 95,00 price per night
six bedplaces - charm and elegance
People - for up to 8 | Double beds - 1 | Bedrooms - 3 | Rooms - 7 | Mq 110 | Bathrooms - 1
The apartment Leonardo, with his charm and elegance, is located on the middle floor of Villa Michelangelo. Leonardo offers one of the most beautiful and enchanting landscape of the entire Lake of Como, thanks to its large terrace that allows a 360 degree view of the lake surrounded by magnificent mountains. The modern and comfortable design is able to meet all kinds of costumers. The interior layout includes a bright living room with sweeping view of the lake and access to a stunning roof terrace, as well as a stylish kitchen and a dining room, three bedrooms, including one matrimoniale rooms and two double rooms and a bathroom with cured in all details. Swimming pool and a private garden with its outdoor furniture, are the framework for this stunning residence.
Kitchen | Garden | Wi-Fi | Dishwasher | Washer | Guarded parking | Pool and solarium | TV | Garden furniture | Grill | Table football
BOOKING 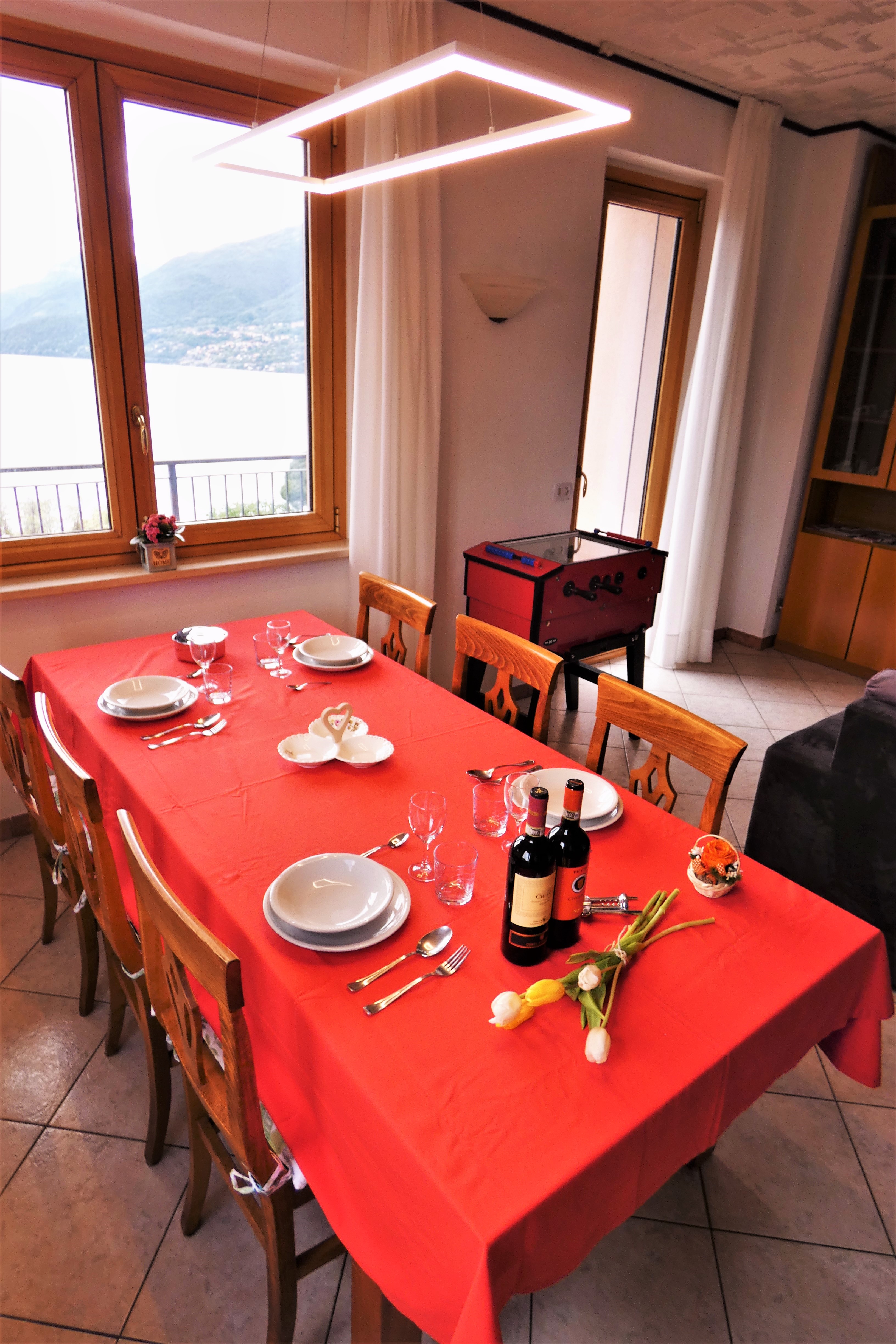 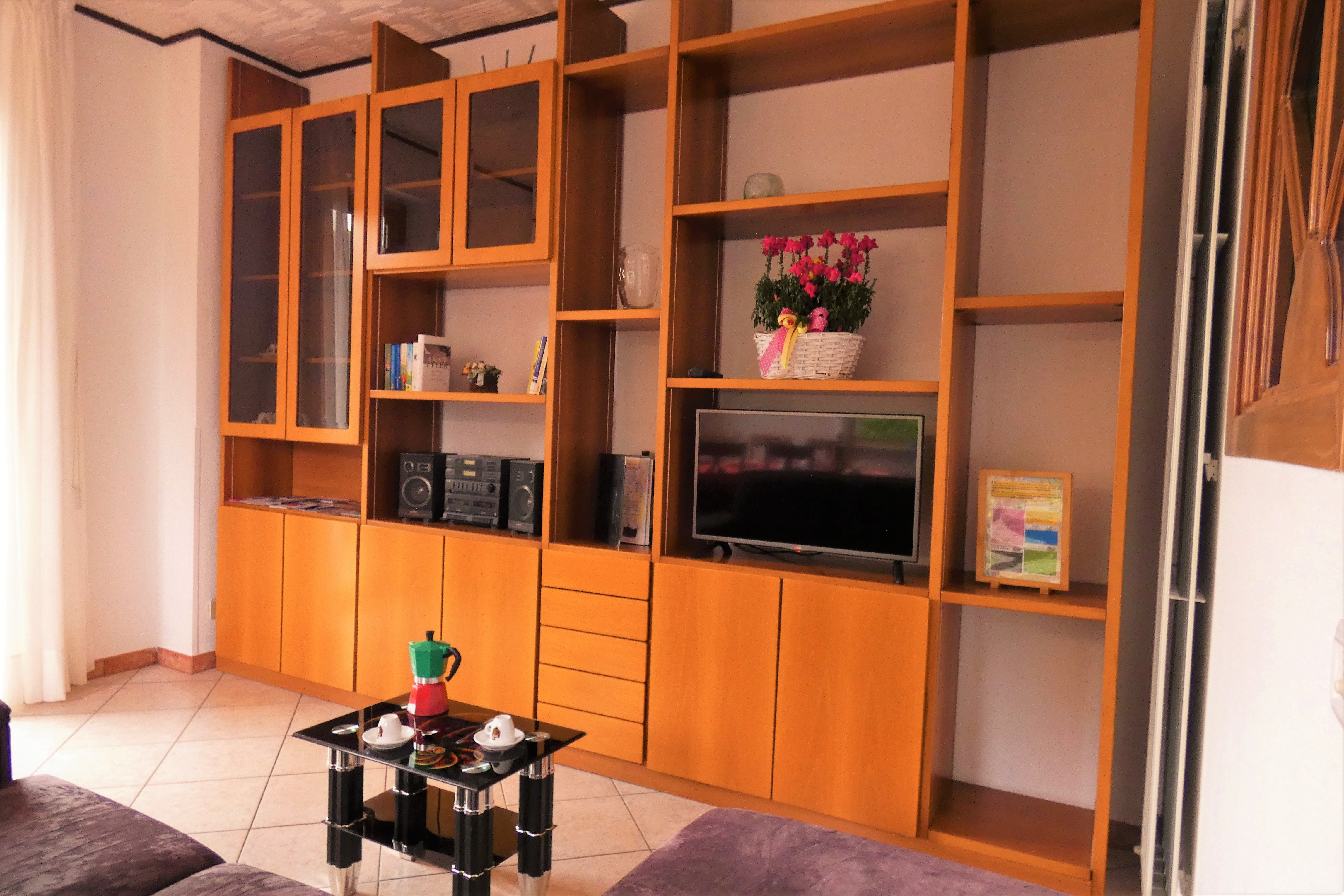 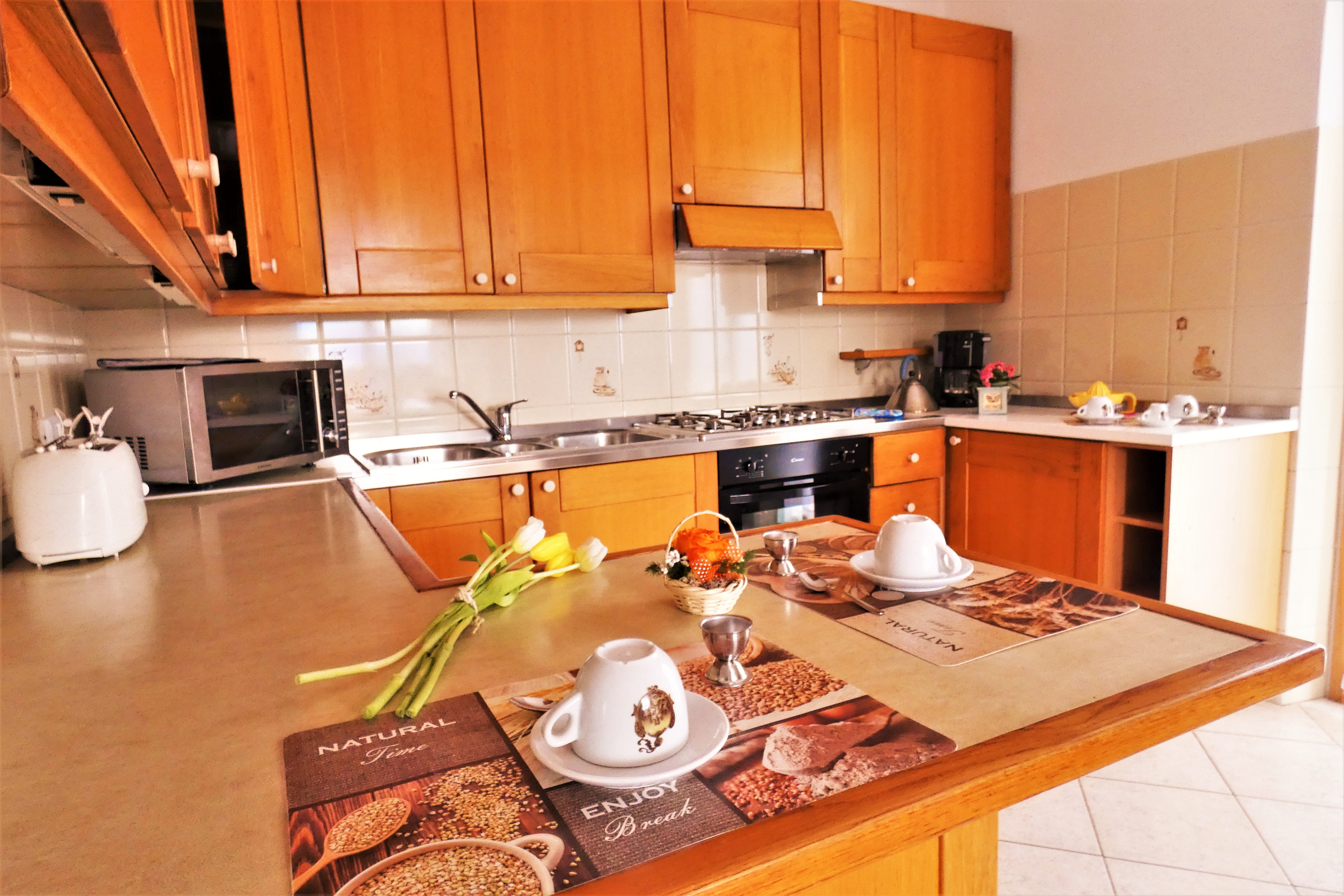 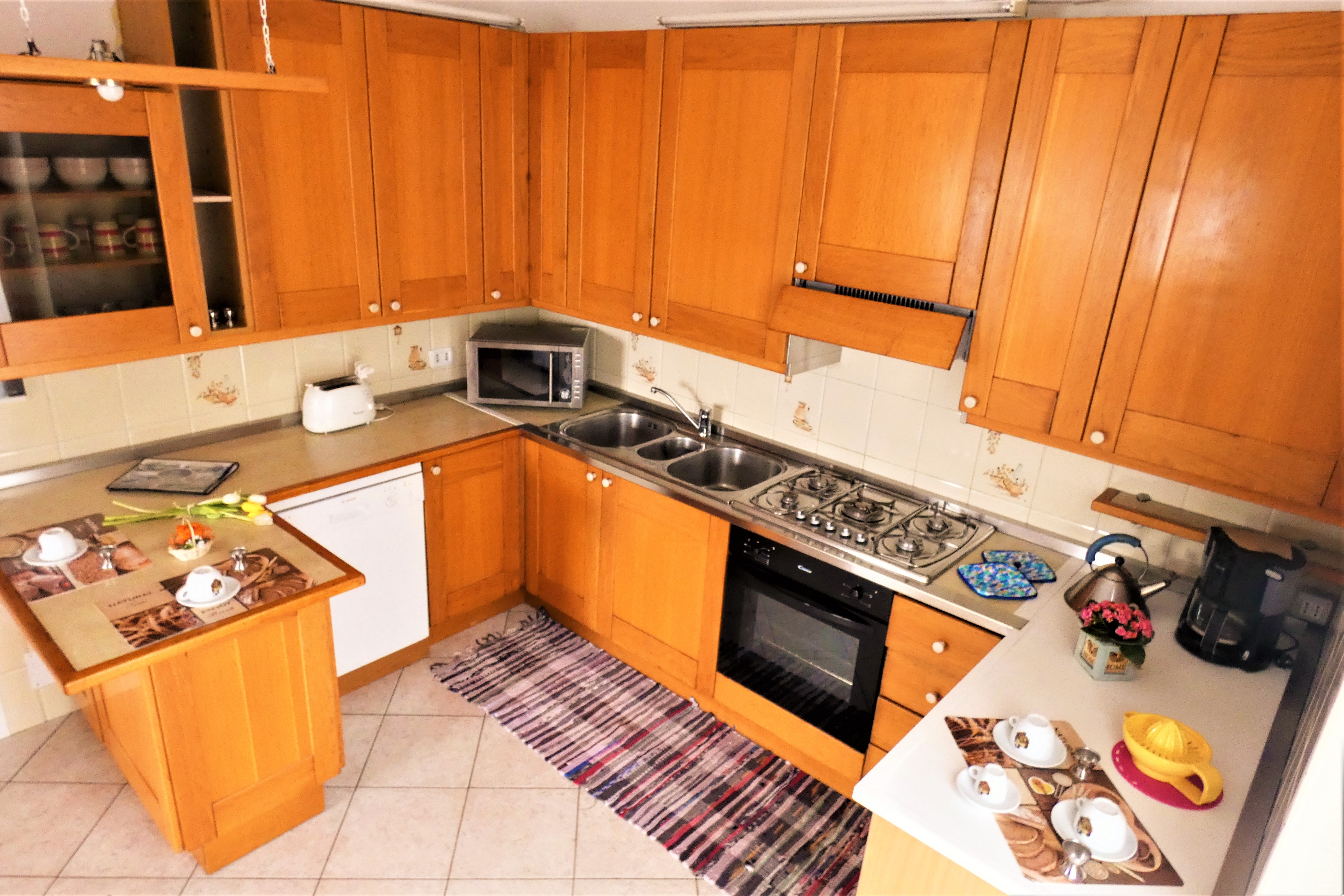 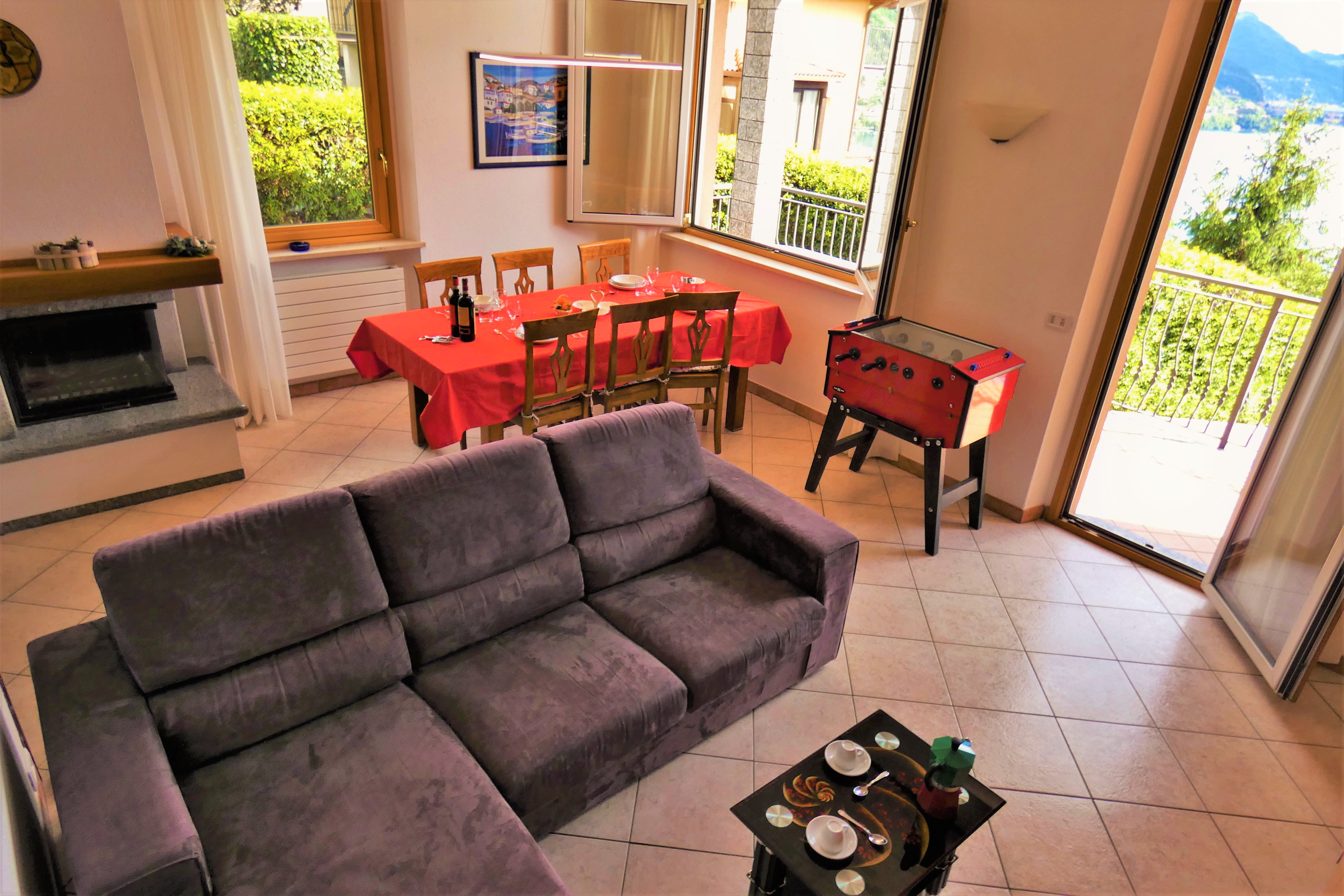 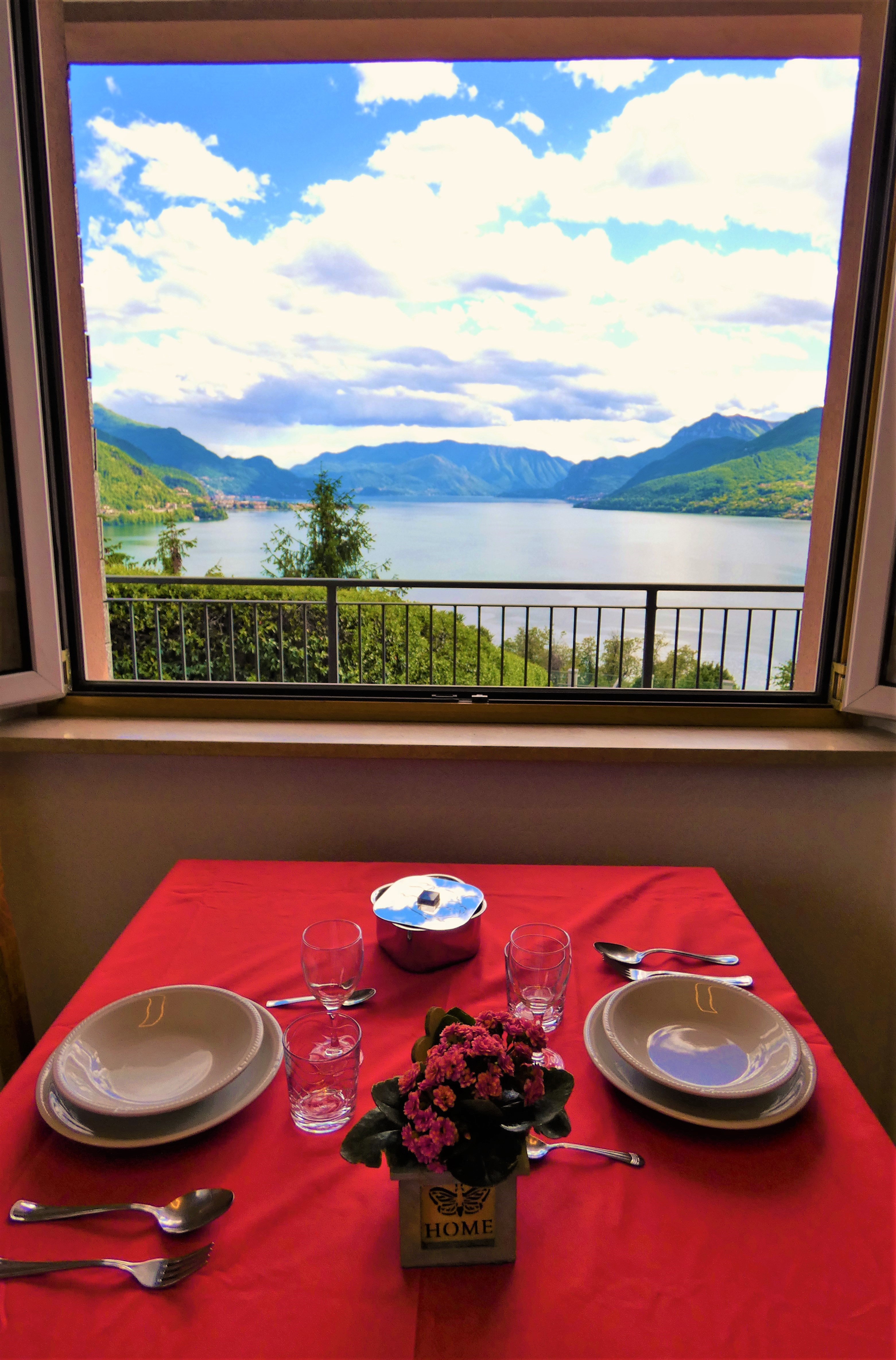 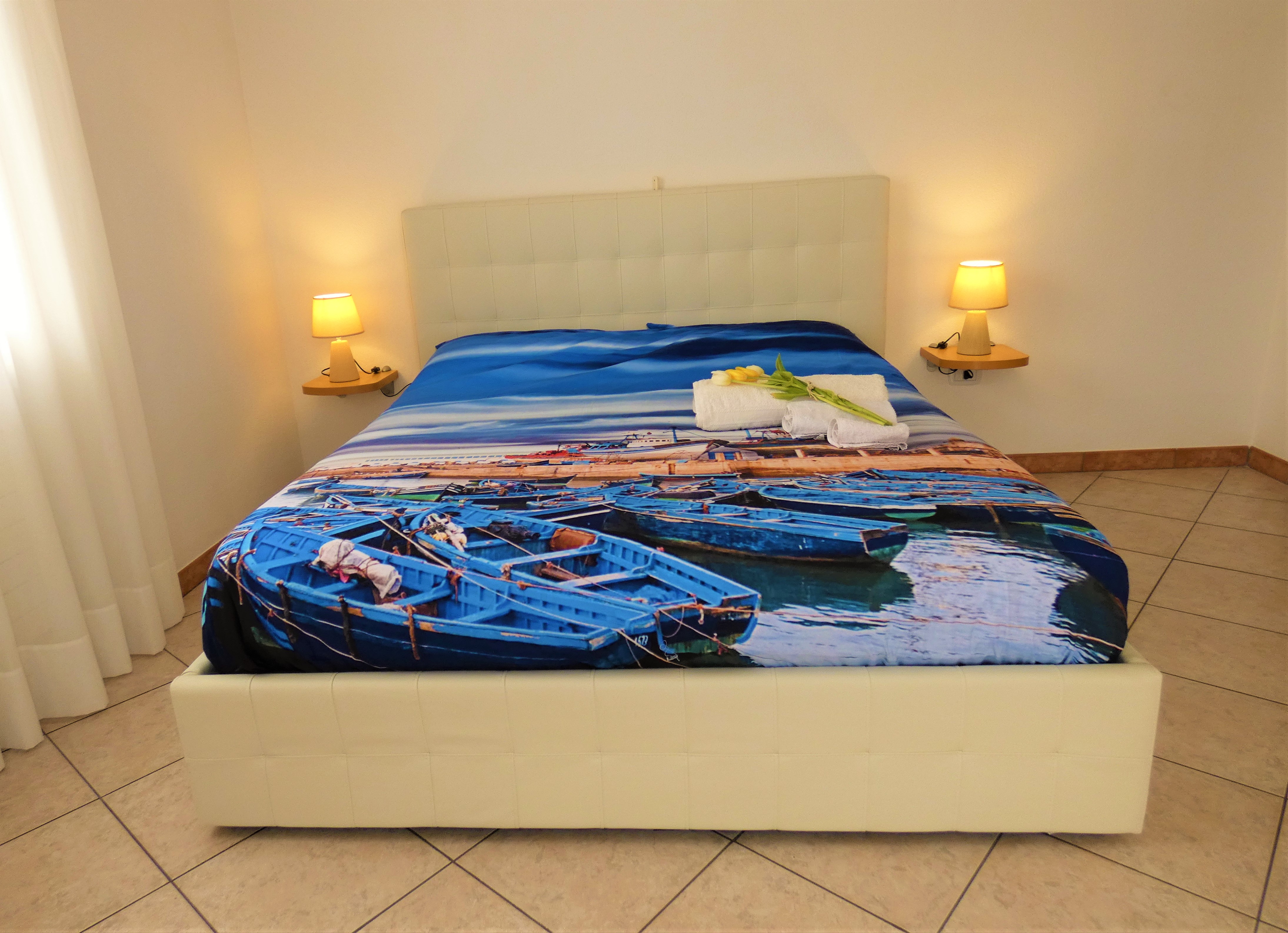 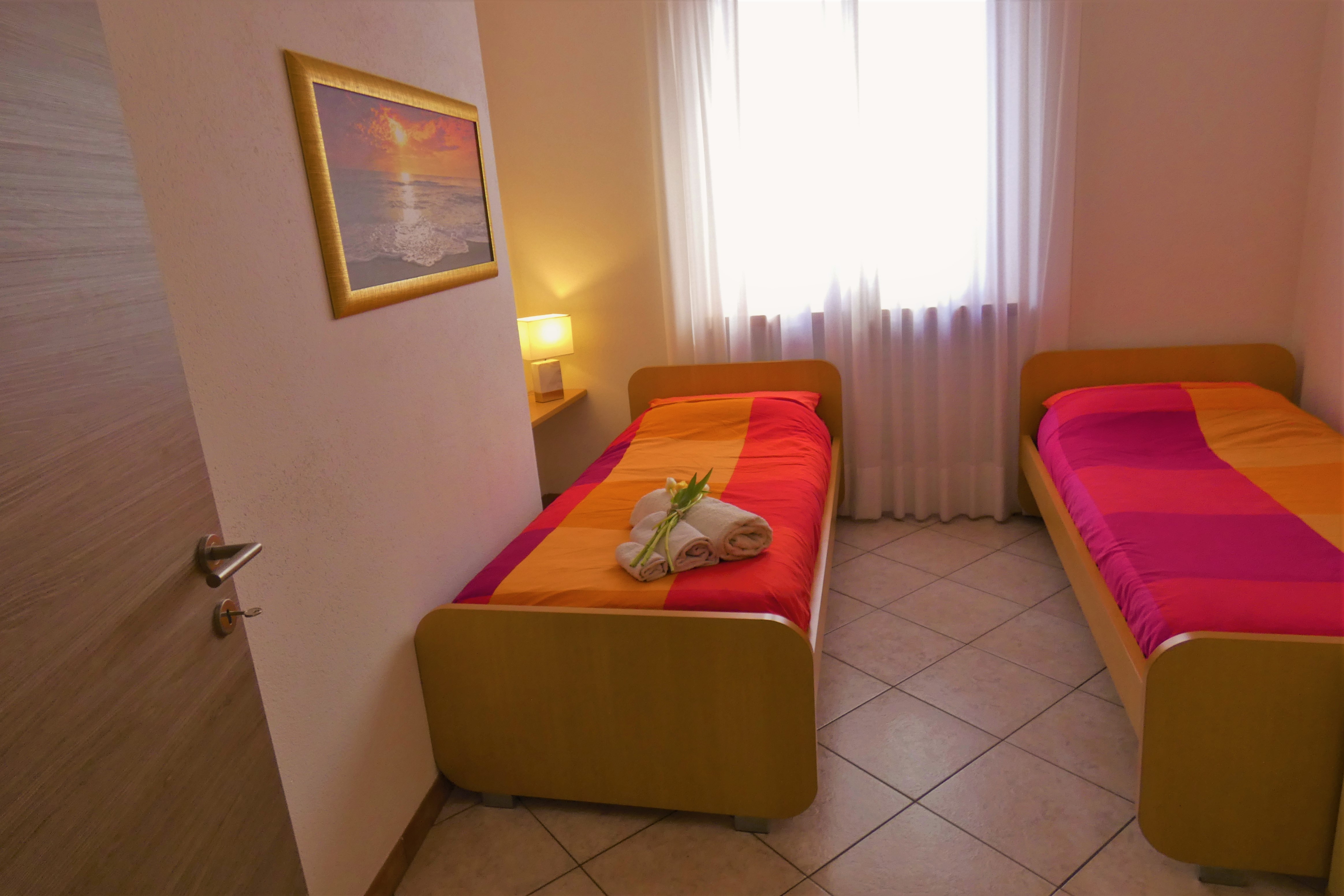 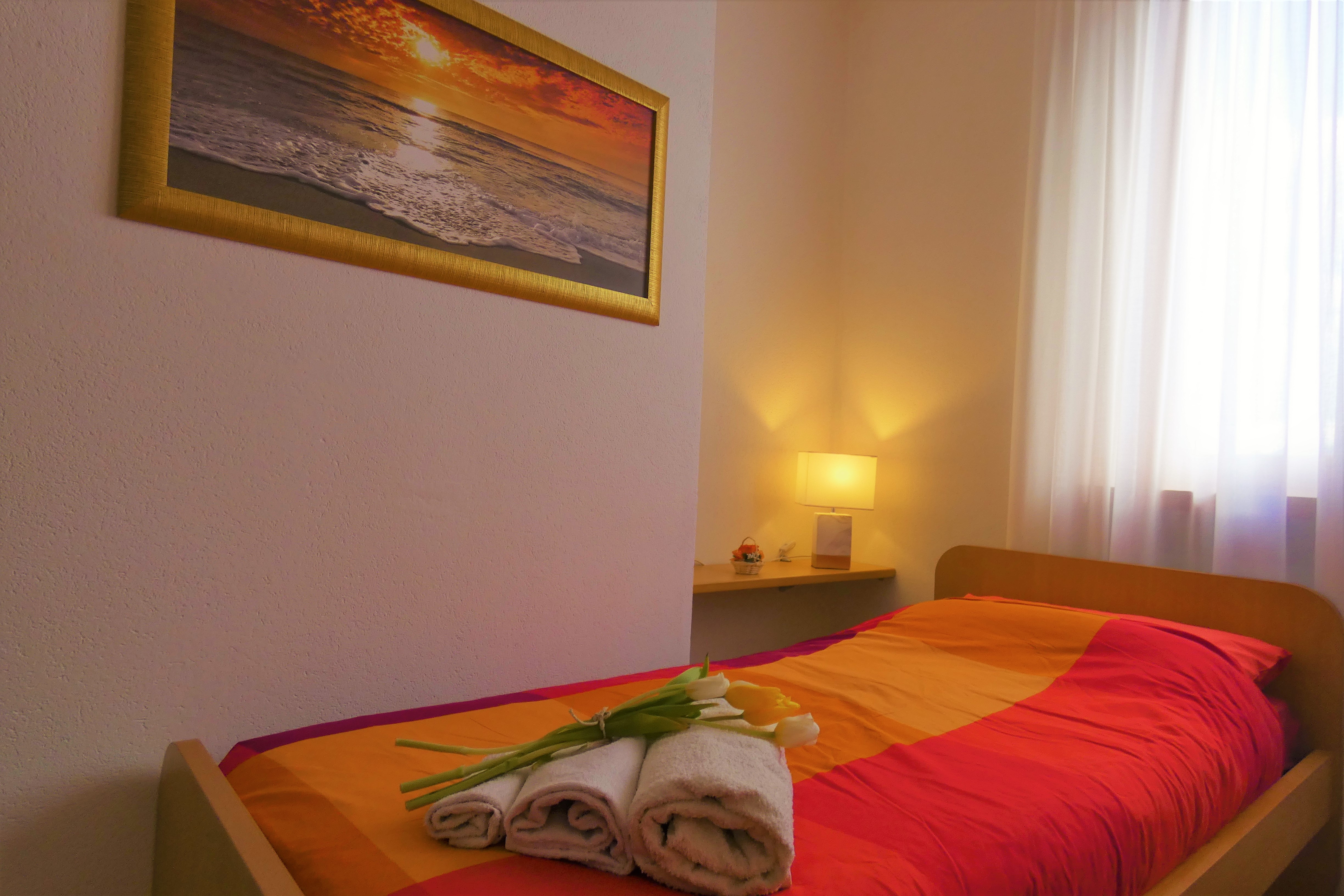 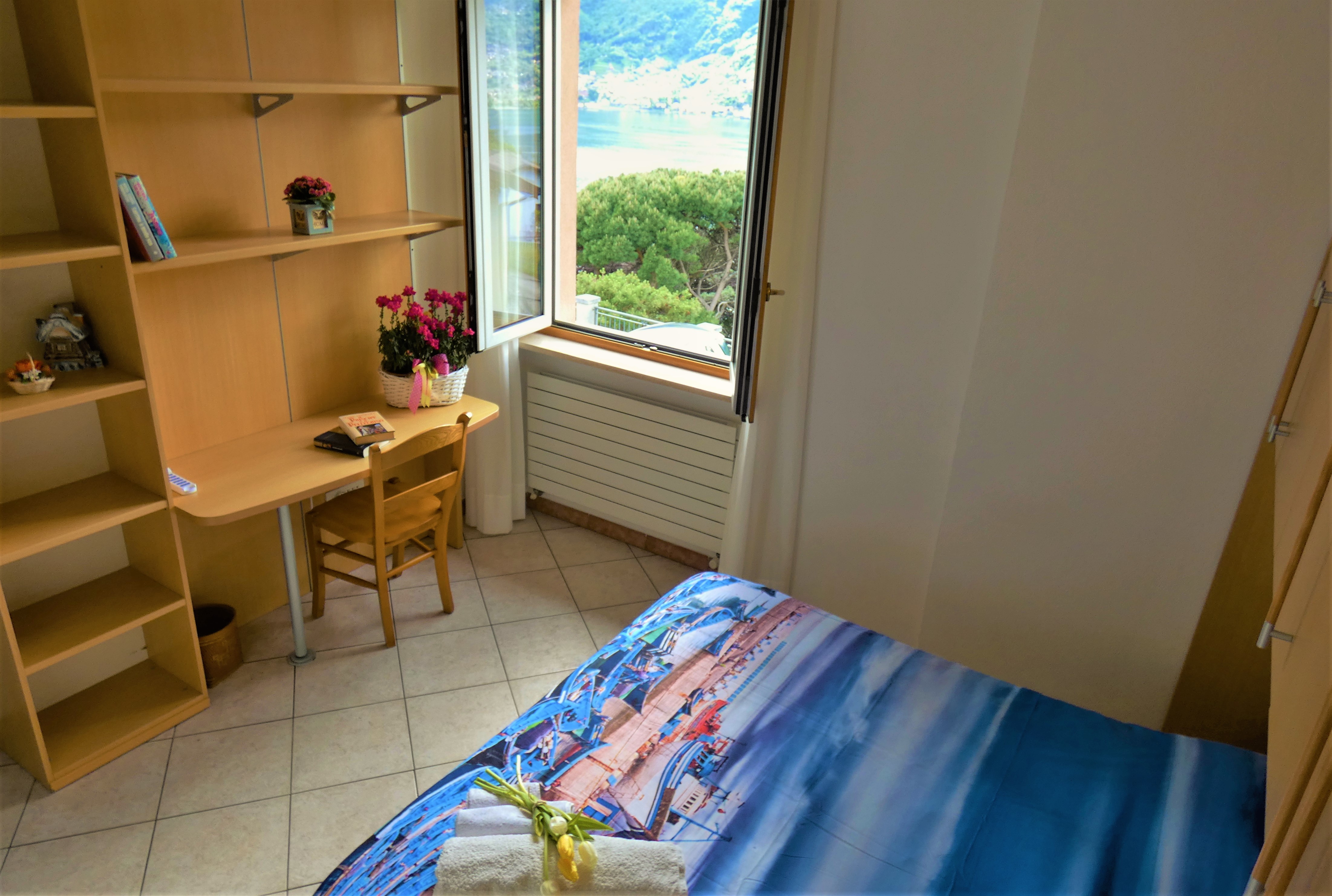 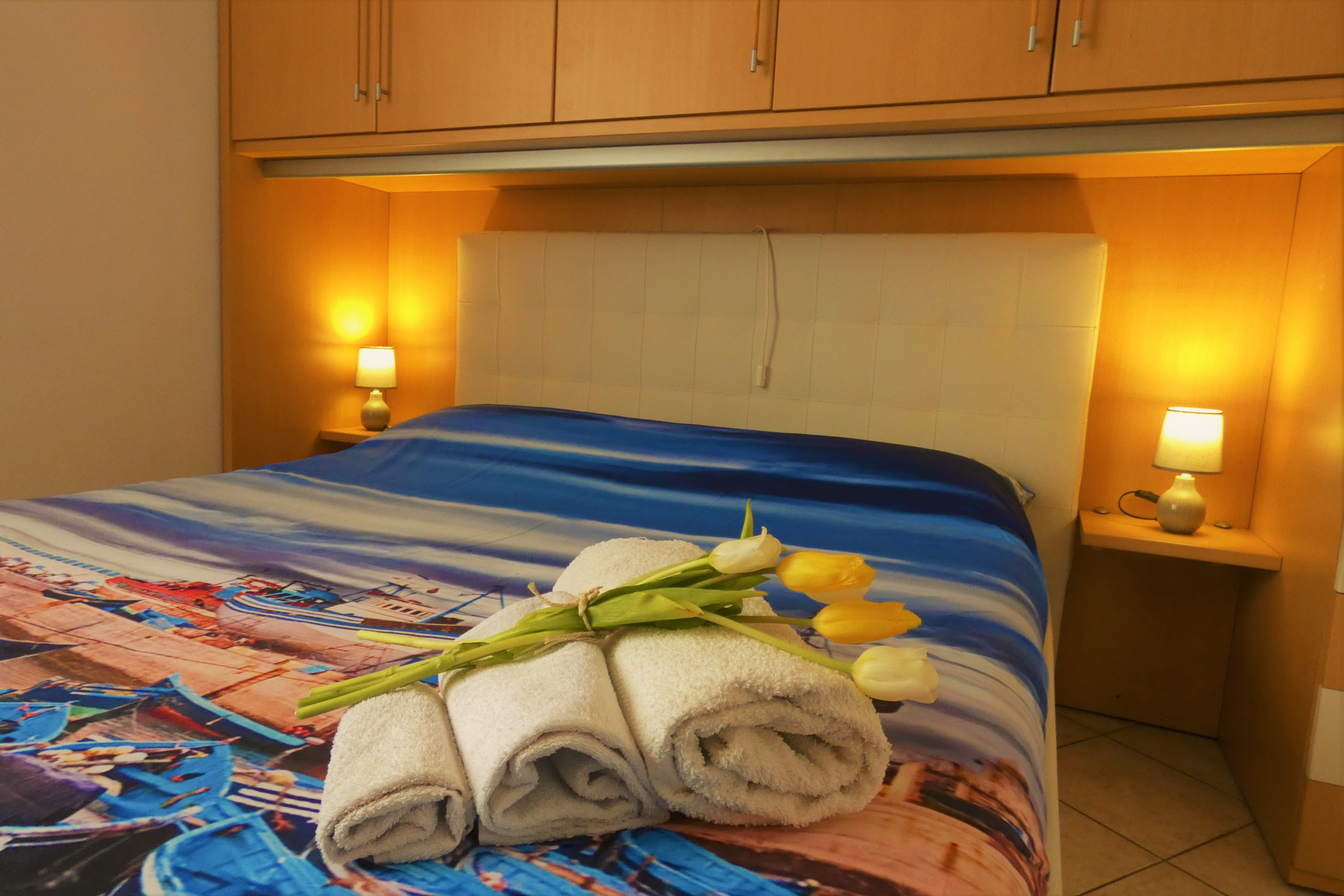 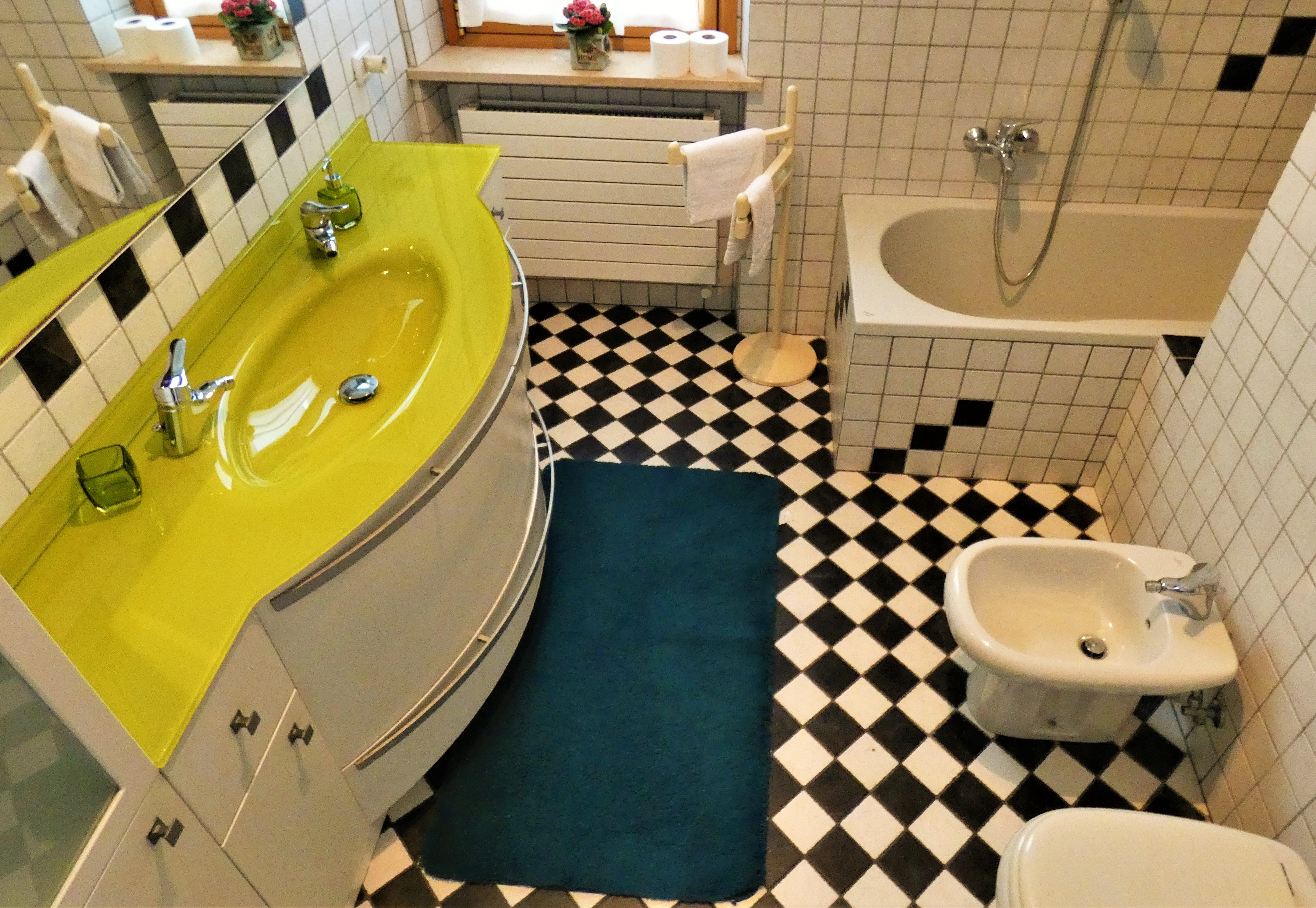 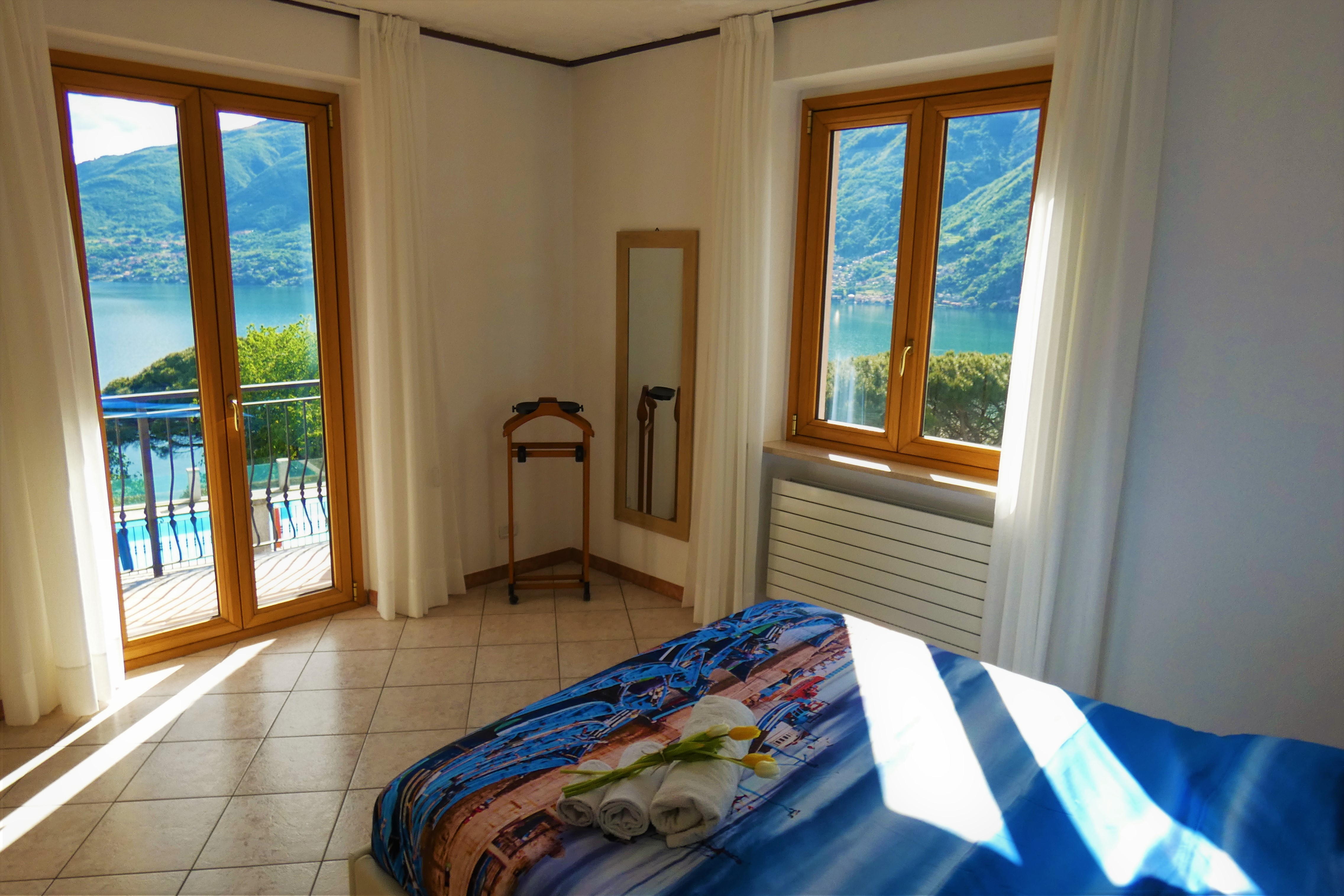 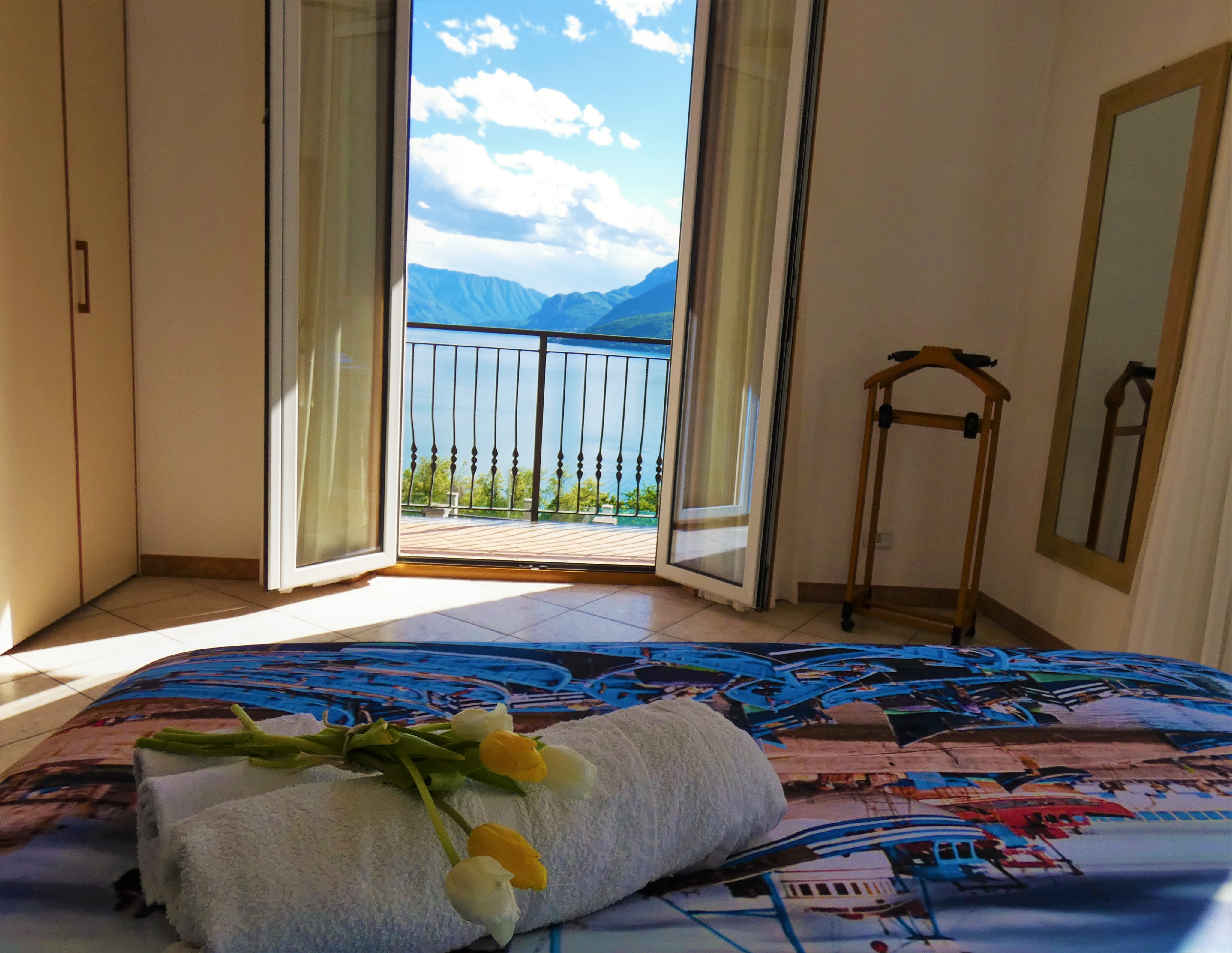 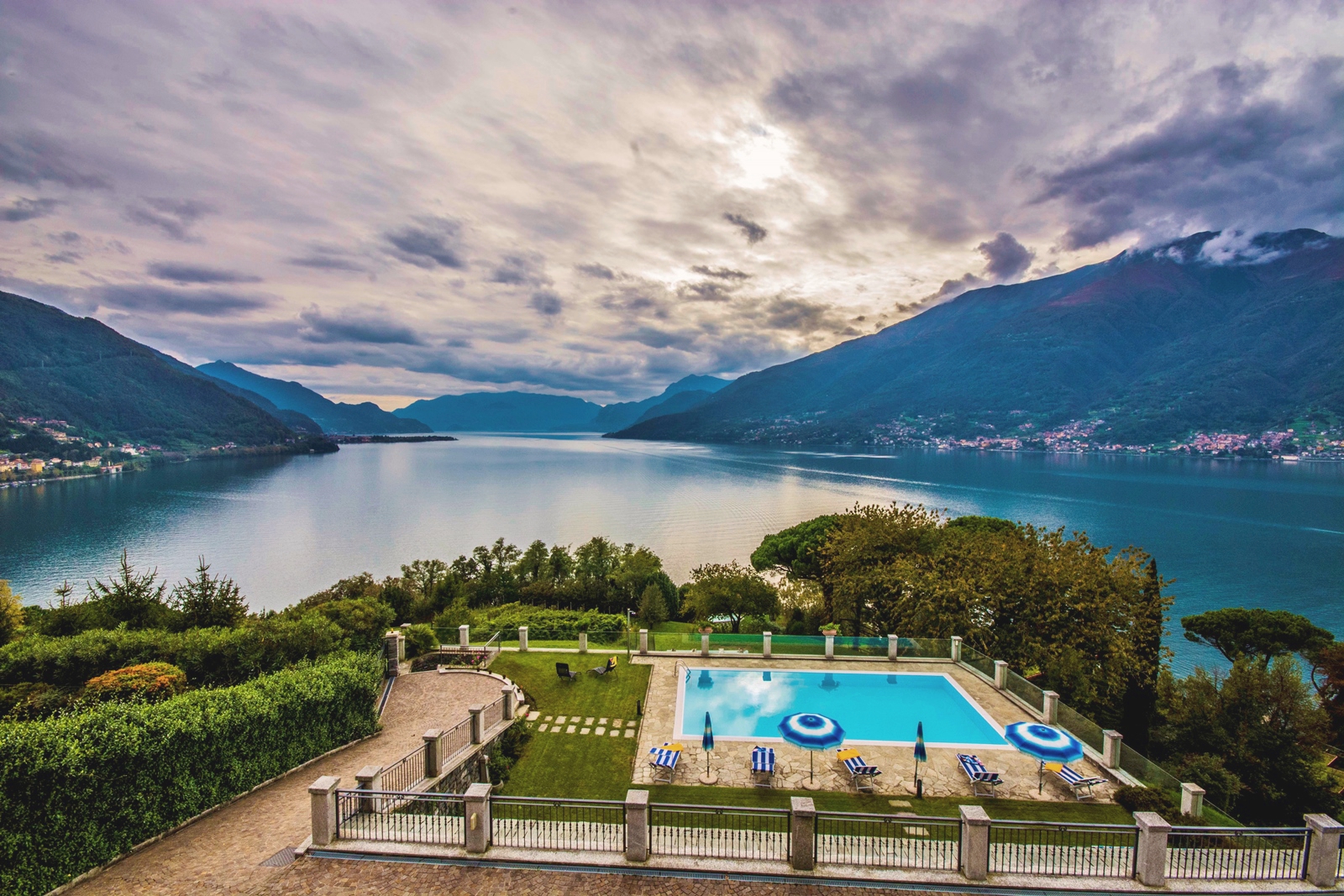 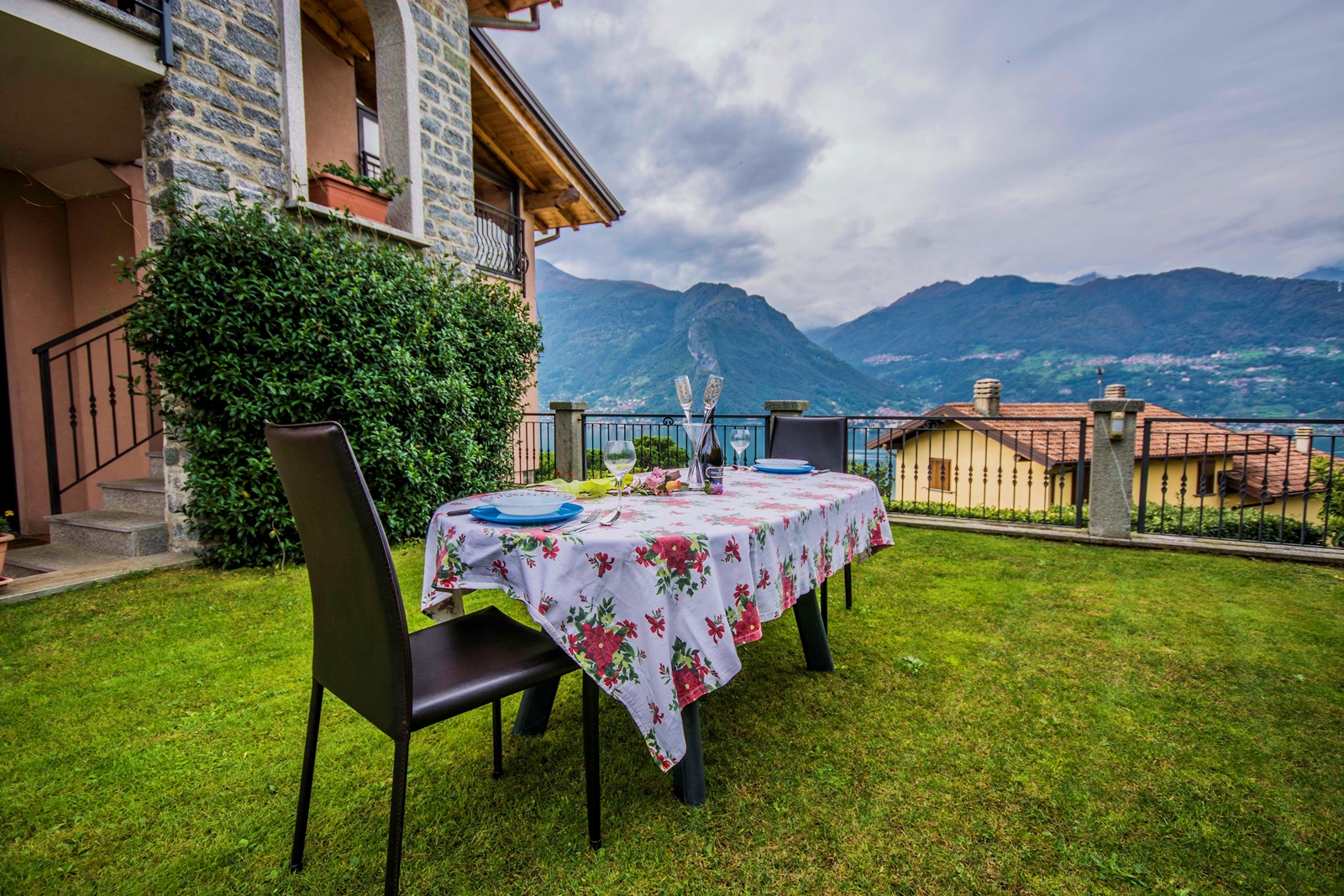 NATURE
TREKKING Lake of Como, Valtellina and Chiavenna have an extensive network of footpaths able to satisfy the requests of experienced hikers as well as visitors who wish to take a walk in the nature. HORSE RIDING Try the wonderful riding in Natural Oasis of Pian di Spagna and its surrounding areas to live unforgettable moments in contact with the wild nature of the Reserve. THE PATHWAYS ALONG THE LAKESIDE In the recent years the various towns along the lake shore have created a series of paths which can be used both by walkers and riders of bicycles. From these paths it is possible to admire the beauty of the natural landscape to be seen in all directions.

SAIL, KITE SURF AND WINDSURFING Lake Como, and in particular the Alto Lario, is known throughout Europe as an excellent sailing area. The area of the triangle Lario is the windiest of the lake, from March to October the Breva blows. Breva is the typical wind of Lake Como, ideal for sail. MOUNTAIN BIKE The intrepid mountain bikers can choose among wide range of fascinating routes. The routes are supported also by the beautiful landscape. It is possible to cover many bike paths that cross the low Valtellina, Chiavenna and the shores of the Lake of Como. FLY EMOTION A unique flying experience awaits in the heart of Valtellina. Thanks to our special equipment, you can truly over a beautiful natural landscape a lasting moment to share with someone special with our dual flight.

CRUISES TOURS Try the Tour of the Lake of Como with the characteristic form of the transportation, the boat, which allows you to capture the romantic side of the lake; the tour offers an unique perspective on ancient villas, giving an intense feeling of peace. POOL AND SOLARIUM You will spend time relaxing and having fun, thanks to the large solarium with elegant sunbeds and sunumbrellas and a beautiful swimming pool with a breathtaking view of the lake and mountains.

PIAN DI SPAGNA Of great environmental and landscapes importance, this protected area of the Pian di Spagna and Lake Mezzola Nature Reserve is one of the four wetlands that still survive to the south of the alps. It also one of the most important sites in Italy and if not in Europe, for ducks to overwinter and additionally provides temporary shelter for thousands of migratory birds. MONTECCHIO NORTH AND FORTE FUENTES Montecchi are an astonishing attraction of Alto Lario. The impressive ruins of the seventeenth-century Fort Fuentes remember the Spanish colonization of Milan and the Lombardy, while Forte Montecchio North is still armed with its 4 cannons of the Great War; it is the best preserved fortress in Europe. PIONA ABBEY Piona Abbey rises on the peninsula of Olgiasca. The abbey is a rare jewel of Romanesque architecture in Lombardy. Consecrated in 1138, it lets you appreciate the quiet and peace enjoyed by the Cistercian monks who still live there. BELLAGIO Bellagio is situated at the tip of the peninsula separating the lake's two southern arms, with the Alps visible across the lake to the north. Along the banks of the Cape of Bellagio there are many ancient noble houses, each surrounded by parks and gardens. Some of these noble house, as Villa Melzi and Villa Serbelloni, are open to the public.

CONCA AZZURRA ADDRESS: Via per lâAbbazia di Piona, 119 Olgiasca
PH: 0341 931984
Elegant and sophisticated restaurant at 100 m from Villa Michelangelo with specialties of lake fish. MALACRIDA ADDRESS: a 500m dallâAbbazia di Piona, Olgiasca
The farmhouse is a rustic and quaint place where you can taste the typical, own production products, from Valtellina and Alto Lario. BELLAVISTA ADDRESS: Via Provinciale 2 Vercana
PH: 0344 96221
A panoramic Pizza restaurant, where you can enjoy specialties , in particular the best pizza of the Alto Lario, rigorously cooked in the wood oven.

FOOD SHOP For fresh bread and milk there is a little grocery store, reachable by feet, at 200 m from Villa Michelangelo. SHOPPING CENTER IPERAL FUENTES The Shopping center is near Colico , it is open every day, included Saturdays and Sundays; inside there are many shops and a lot of activities suitable for adults and children. RENT BOATS AND OTHER NAUTICAL SERVICES In Colico,Varenna and Domaso. FUN Is guaranteed by a modern table tennis and football soccer. POOL,SOLARIUM AND EQUIPMENT WI-FI GUARDED PARKING inside the property